Enabling the Extraordinary To Fly To Power To Live

Together the various exchangers weigh 220 tonnes and yet are capable of performing the same duties as shell and tube units six times their size and weight. The great flexibility of Heatric’s etched and bonded manufacturing technology can easily combine three or more processes in a singe core, saving even more space, weight and cost. One such multi-stream design is the largest of the ten PETRONAS units, a 35-tonne gas/gas device.

Just 65 weeks after JGC announced the contract all ten Heatric units were ready to ship on time. The extent of Heatric’s skill, commitment and professionalism left a deep impression on JGC: “In engineering capability, quality, risk management, experience, the way they organised their integrated project team (IPT) and then executed the project, Heatric has been the perfect partner,” says senior buyer Changyoon Lee. “No problem, not even a minor one, has escaped their attention.’’

At the heart of this success was the Heatric integrated project team (IPT), which brings together every role into a single customer-facing team that sees the project right through from first enquiry to delivery. IPTs are also a central part of Heatric’s integrated system for production management and continuous improvement (called Meggitt Production System, or MPS).

“Heatric’s dedicated project management team, with the same core members handling everything from the inquiry stage to order completion, has been a key success factor for this project,” says JGC project procurement manager Toru Watanabe.

The closeness and consistency also helps keep all IPT members focused on delivering the best for the customer. “The Heatric project management was very cooperative and professional”, adds Watanabe. “Even in situations where there were differences of opinion, we always saw Heatric seeking a win-win result for both parties.”

The IPT model ensured that even as early as the bid clarification meeting (BCM) at JGC in Japan – long before a formal order was placed – Heatric was ready to send a ten-strong team to sit down with the client and work through more than 500 points of clarification. The JGC team had never seen so much commitment from a contractor so early in a project.

Early optimisation of document control (DC) also made a significant contribution to the ultimate success of the project. With a Heatric document controller present at bid clarification JGC could demonstrate their own system (J-plus) and compatibility tests made sure that document control ran smoothly straight away. Focusing on DC issues in this systematic way at such an early stage is not common practice but JGC’s Changyoon Lee shrewdly captures how much is at stake when he observes: “One day lost in documentation, is a week in procurement, and a month in fabrication.” 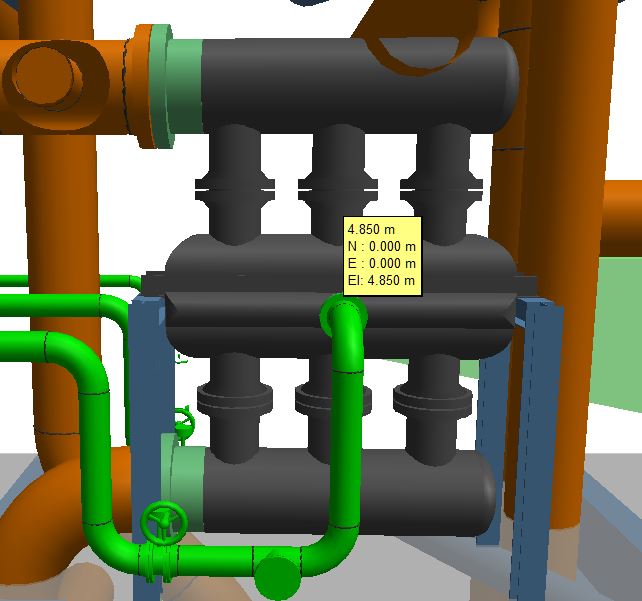 The benefits of such a close working relationship between Heatric and JGC went far beyond tight scheduling. By cooperating closely with the client in the very early stages of a project Heatric is able to use its 25 years of experience in PCHE design, development and manufacturing to design-in higher levels of process efficiency, safety and durability right from the start, which then unlock additional financial and operational benefits along the way. For JGC, two particular design challenges provided perfect examples of how this ‘multiplier’ effect can work.

PFLNG2’s multi-stream, gas/gas exchanger receives its inlet stream as a two phase mixture of liquid and vapour. Had the heat exchanger been designed in the traditional way – as JGC initially envisaged – a stand-alone separation vessel would also have been needed. Heatric had a better idea: by designing a compact separation device and locating it inside the two-phase inlet header the standalone separation vessel was completely eliminating from their process saving the cost and weight of the separator and all the extra supports and pipework.

Because PCHE cores are so small and yet still able to flow large amounts of gas, they sometimes need very large nozzles and manifolds in order to flow sufficient fluid. By redesigning the flow plates Heatric was able to completely eliminate both manifolds (see figures one and two) resulting in a 60% reduction in weight (11.2 tonnes instead of 27 tonnes) and a height reduction of more than a metre (3.65m from 4.85m), reducing in turn the size of the complete module and the deck height. With the manifolds gone pipework could approach from any direction, allowing JGC much greater flexibility in designing and laying-out the complete process. “We needed to cut costs,” explains JGC’s Lee, “and Heatric gave us their best engineering ideas to do that. Eliminating a large volume of manifold helped us improve the design of the hull as well as the individual module, resulting in important cost savings.” 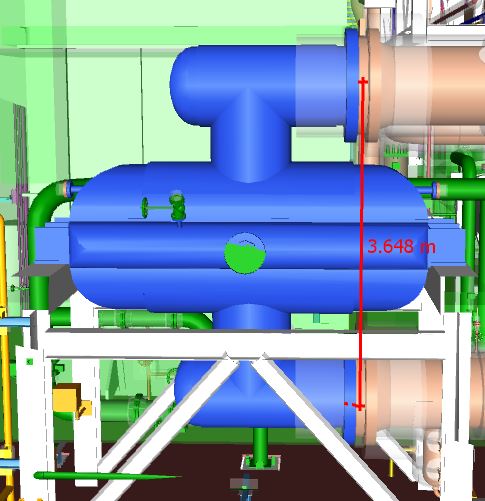 Heatric’s ISO and ASME certifications require the very highest standards of inspection and testing. Nonetheless it is standard practice for a client’s own inspector to witness every critical inspection and test. But as the JGC inspector’s familiarity with Heatric’s own standards and systems grew, so did his confidence in them. “Heatric operated a system of strict internal quality control, even for very minor items, then any NCRs were always issued in a timely manner,” says JGC expediter Kit Clarito. “We were always able to discuss and solve issues quickly with Heatric because they always provided us with the information we needed in a timely way,” adds JGC design engineer Takaki Nanya.

“We trust Heatric,” says JGC’s senior buyer, Changyoon Lee. “The relationship we have with them is unique. The workings of the integrated project team have impressed us – they acted with professionalism at all times and always responded efficiently to our questions.”

For more information on the benefits you can realise by incorporating Heatric PCHEs in your processes, send a message directly through the enquiry page or contact Heatric on:

Headquartered in the UK, Meggitt PLC is a global engineering group specialising in extreme environment components and smart sub-systems for aerospace, defence and energy markets.